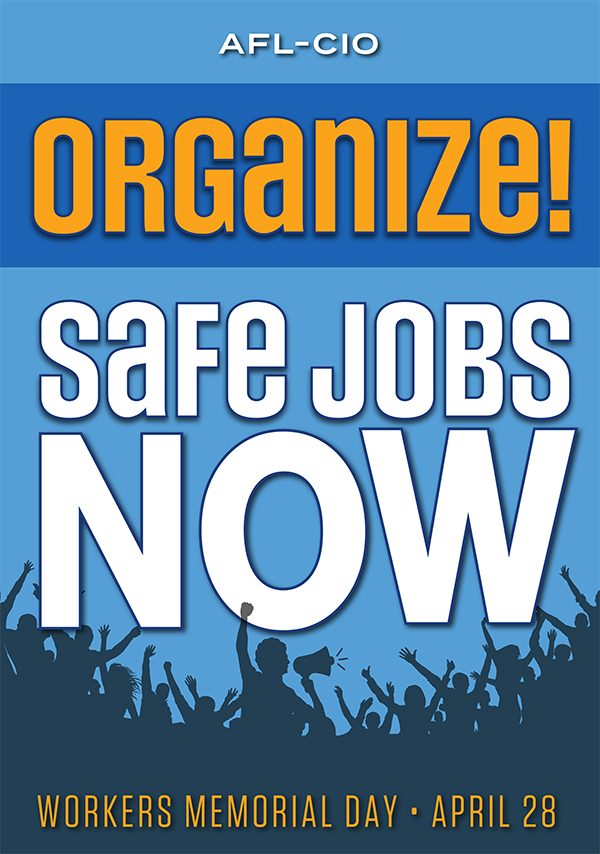 More than 50 years ago on April 28, Workers Memorial Day, the Occupational Safety and Health Act went into effect, promising every worker the right to a safe job—a fundamental right. The law was won because of the tireless efforts of the labor movement, which organized for safer working conditions and demanded action from the government. Since then, unions and our allies have fought hard to make that promise a reality—winning protections that have made jobs safer and saved lives. But our work is not done. Each year, thousands of workers are killed and millions more suffer injury and illness because of dangerous working conditions that are preventable.

Minnesotans will be observing Workers Memorial Day over the next few days at the following locations: