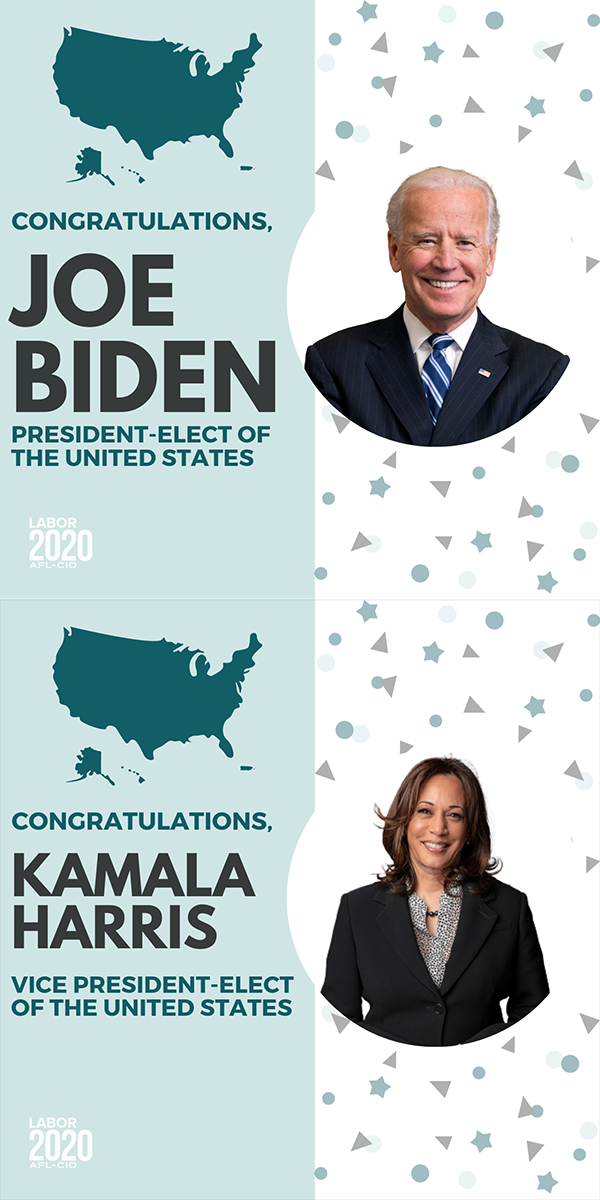 “Minnesota’s union members are proud to be part of a movement that helped lay the groundwork for President-elect Biden’s and Vice President-elect Harris’ historic victory.

“Despite the COVID-19 pandemic forcing multiple changes in tactics, the Labor 2020 campaign was the largest political effort in Minnesota AFL-CIO history.

“Over the course of the campaign, union volunteers organized a massive worksite organizing program, made more than half a million phone calls, and reached more than 400,000 people online to successfully turn out the union vote for Joe Biden, Kamala Harris, Tina Smith, and Labor-endorsed candidates down ballot.

“There are still many outstanding votes to be counted and there will be recounts across the state. We urge patience while our democratic process works and all votes are counted.

“We are thankful to all the union volunteers who gave their time and efforts to help build a just government that puts working people first. As the COVID-19 pandemic surges, we need leaders to act on the state and federal level to give working families the relief we need.”