Statement on the Death of Former Vice President Walter Mondale 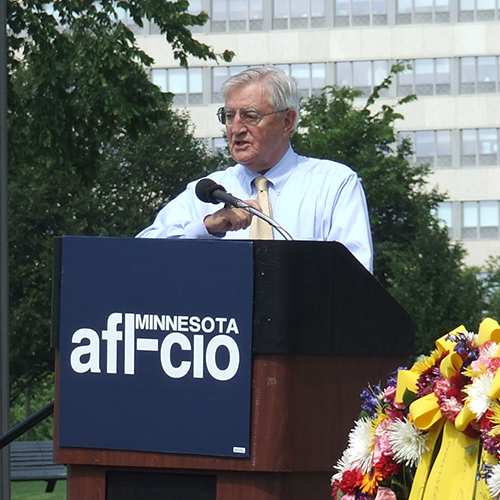 “Walter Mondale represented the best of public service in Minnesota. As Minnesota’s Attorney General, US Senator, and our nation’s Vice President he fought for equity and justice. Vice President Mondale could always be counted on as one of our Labor Movements closest friends as he worked to protect and advance workers’ rights throughout his entire life.

“Alongside his mentor Hubert Humphrey, Vice President Mondale helped move the Democratic Party to fully embrace a Civil Rights agenda. As a US Senator, he was chief sponsor of the Fair Housing Act, which banned housing discrimination and created the Office of Fair Housing & Equal Opportunity.

“Minnesota’s Labor Movement extends our condolences to the entire Mondale family as we all mourn the loss and celebrate the life of one of Minnesota’s greatest public servants.”