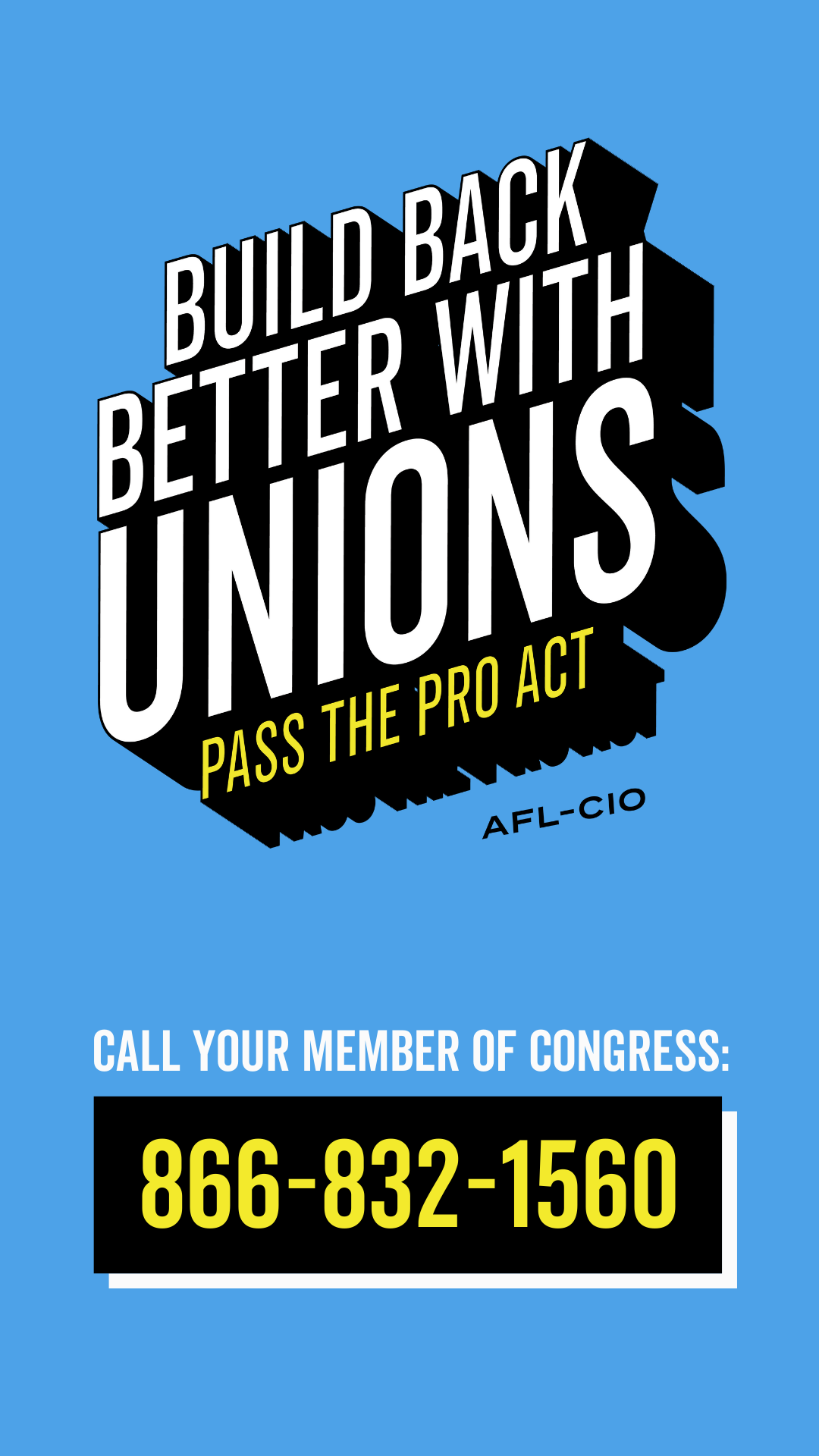 Minnesota AFL-CIO President Bill McCarthy issued the following statement on today’s introduction of the Protect the Right to Organize (PRO Act) in the US House of Representatives:

“The pandemic has made it even clearer that working people in Minnesota and across the nation need the voice, equity, and security that comes with a union contract. The PRO Act will update our nation’s woefully antiquated labor laws to finally give workers the true freedom to negotiate a fair return on their work.

“The PRO Act would give real teeth to our labor laws by preventing employers from engaging in anti-union activity like firing or punishing workers for union activity and stalling on negotiating a first contract. It would finally repeal “right to work – the divisive and racist laws created during the Jim Crow era and passed in our neighboring states—that lead to lower wages, fewer benefits and more dangerous workplaces.

Minnesota’s Labor Movement applauds Representatives Craig, McCollum, and Omar for co-sponsoring this groundbreaking and transformative legislation. The rest of Minnesota’s Congressional delegation can show they stand with working Minnesotans by signing on as PRO Act cosponsors.”