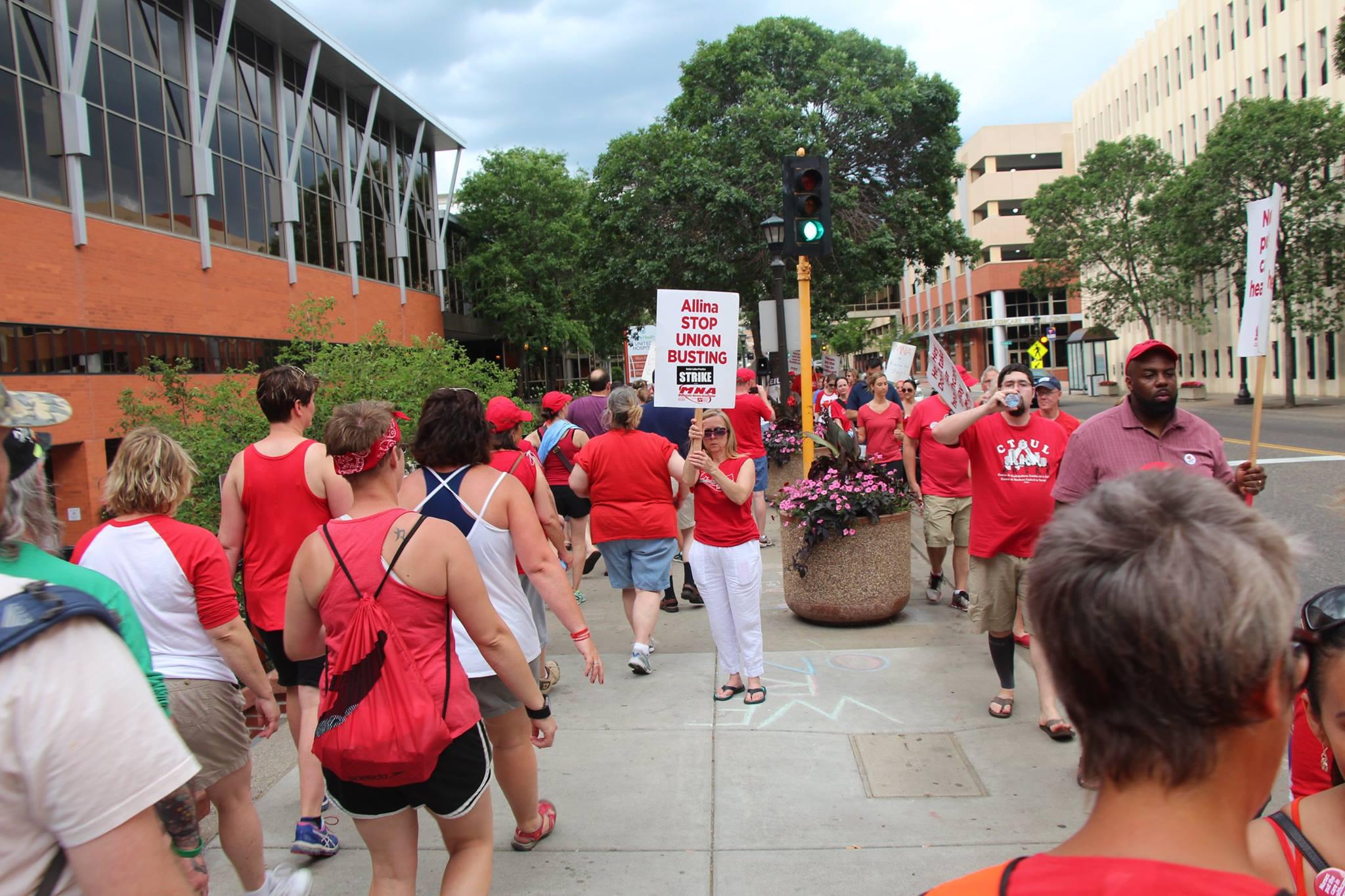 Nurses ended their weeklong strike at five Twin Cities Allina Health facilities on Sunday, but no resolution is in sight in contract negotiations that began last February.

"Each day, we've had about 2,000 nurses picketing outside Allina hospitals," said Angie Becchetti, a nurse at Abbott. "We're strong. We're together. One thing that's brought us together as MNA nurses is our shared frustration over what Allina's people have said and not said."

Hundreds of supporters, including a number of elected officials, joined the strikers at various times during the week.

On Saturday, nurses repeated their call for Allina Health CEO Penny Wheeler to get involved in the negotiations.

"Dr. Wheeler, if you really want to bargain with us, then it's only fair that we have these questions answered," Becchetti said.  "You've had seven days to say something to bring us back to the table.  We're right across the street, and we haven't heard anything."

Allina is pressing the union to give up its current health insurance plan, while the nurses want to raise concerns about patient care and workplace violence.

The strike began Sunday, June 19, at 7 a.m. Allina said it had hired 1,400 replacements for the nearly 5,000 strikers. The union has raised concerns about quality of care by the replacements. It also has filed unfair labor practice charges, alleging the company is not bargaining good faith.

While the nurses' strike wound down, other workers at Unity Hospital, members of SEIU Healthcare Minnesota, are considering whether to reject an offer in their contract negotiations with Allina.