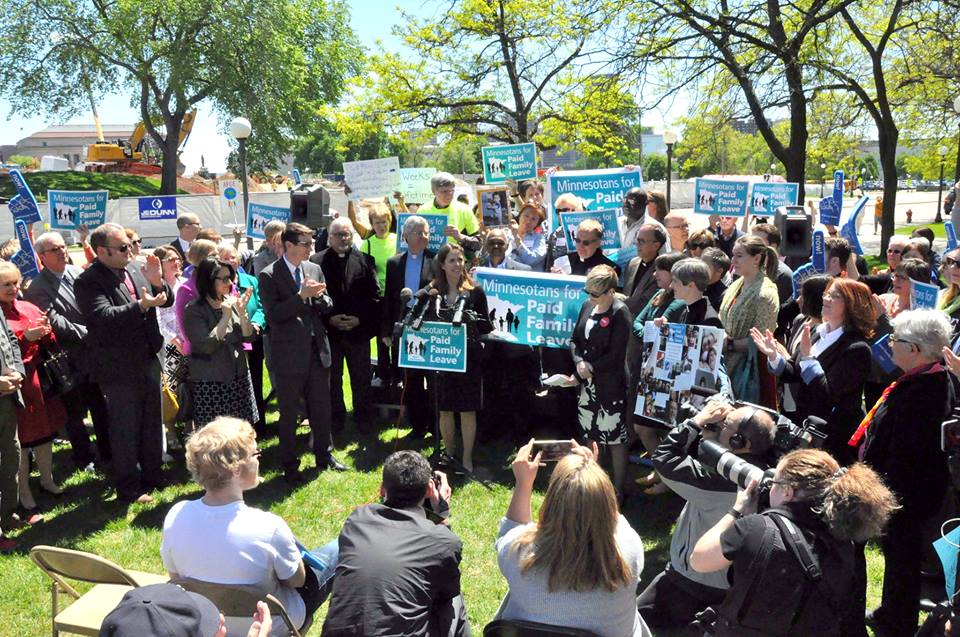 "Paid Family and Medical Leave remains an enormously popular, common sense proposal to solve the crisis in caregiving that Minnesotans face. There is no reason this program should not pass this session, without resorting to any nefarious “bargains.”

The Minnesotans for Paid Family Leave Coalition is and has always been united in opposing any legislation that would prevent local units of government from improving the lives of working people.

The Star Tribune Editorial Board’s so-called “grand bargain” would mean tens of thousands of low-wage workers would lose out on paid sick days, protection from wage theft, and a potentially higher minimum wage.

The Star Tribune aptly recognizes how reasonable the Senate’s proposal is for paid family and medical leave insurance – a program that would allow access to partial wage replacement during extended leaves for new child bonding and caring for family members with serious illness. However, the newspaper dismisses the tens of thousands of low wage workers, a majority of whom are women and people of color, who don’t have the choice to stay away from work when they need to care for themselves when ill or tend to a family member confronting short-term health concerns - events that wouldn’t be covered by the insurance program.

The Star Tribune’s ill-advised idea pits one group of workers against another. The Minnesotans for Paid Family Leave coalition will not engage in a “grand bargain” that lifts up some Minnesotans to the detriment of others."

Leaders of a variety of faiths surrounded Pastor Matt Bersagel as he called on the Minnesota House to address paid family leave legislation in the waning days of the 2016 session.