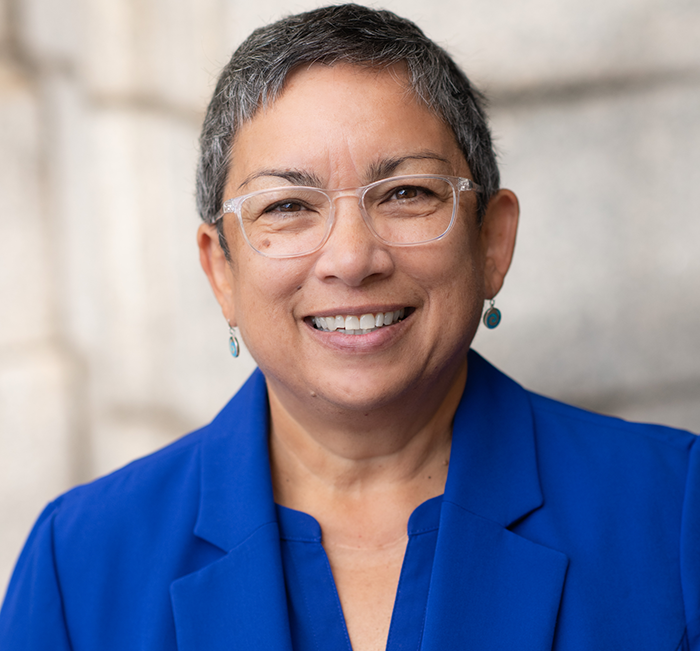 The General Board of the Minnesota AFL-CIO unanimously elected Bernie Burnham as the Labor Federation’s new President. Burnham, who has served as Vice President of Education Minnesota since 2019, will succeed President Bill McCarthy when he retires in February.

Burnham brings a breadth of experience to the office. She spent 14 years as an elementary school teacher and was actively involved in the labor management process in the Duluth Public Schools for nine years, four of those prior to being elected president of the Duluth Federation of Teachers. She served in that role for five years. For the last year, Burnham has co-chaired the Minnesota AFL-CIO’s Committee on Racial & Economic Justice.

Burnham’s election is history-making for the state’s labor movement. As a Pacific-Islander, she will be the first person of color to lead the Minnesota AFL-CIO.

“Becoming president of the Minnesota AFL-CIO is the next step in a journey that began 22 years ago for me, when I was hired as a teacher in the Duluth Public Schools. I was a woman of color who took an unconventional route into the teaching profession. I didn’t know if I would be accepted, but my new union family embraced me,” Burnham said. “It’s an honor and privilege to be elected to this office. I am committed to continuing the Labor Movement’s fight for a state where everyone earns a fair return on their work, where every child can pursue their dreams, and where every family that’s struggling today will get what they need, things like accessible healthcare, modern roads and bridges, safe housing, and world-class schools.”

The General Board also named McCarthy President-Emeritus for his career of service to Minnesota’s Labor Movement. During his time in office, McCarthy led the federation in expanding and refining its political and organizing support work, launching the state’s first and only union workforce development intermediary agency, improving Workers Compensation benefits, and passing the nation’s strongest wage theft protection law.

Prior to his election to Minnesota AFL-CIO President in 2015, McCarthy served as President of the Minneapolis Regional Labor Federation for more than 13 years. McCarthy began his work in the labor movement when he joined Hotel Employees & Restaurant Employees Local 17 in 1985. He became a business representative and went on to serve as president of the local.

“The labor movement has given me a long fulfilling career, a life lived with dignity, and the privilege of representing and fighting for working people from every corner of our state,” McCarthy said. “President-elect Burnham has my full confidence and support as she leads our movement through the challenges and opportunities ahead.”