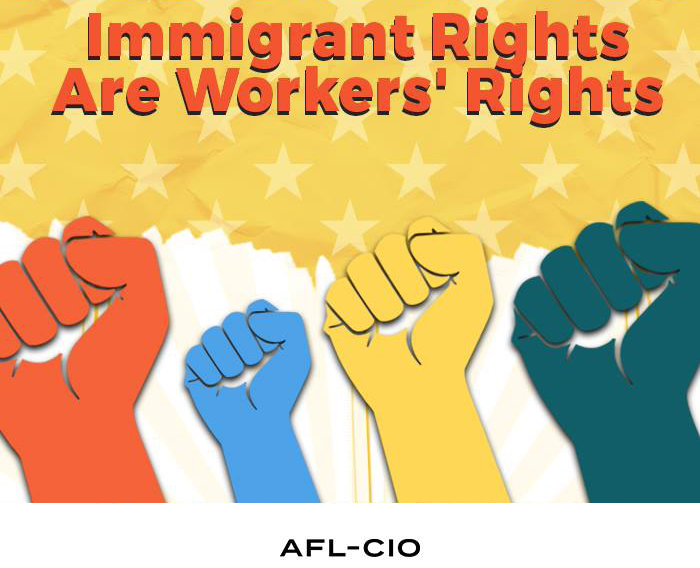 Minnesota AFL-CIO President Bill McCarthy issued the following statement regarding the separation of families at our nation’s borders:

“Minnesota’s Labor movement strongly condemns the Trump Administration’s cruel policy of separating children from their parents at the border and the holding of peaceful asylum seekers in internment camps.

“The President’s choice to implement such an immoral policy is not just betrayal of our country’s values, but an affront to basic human decency.

“All but two members of Minnesota’s congressional delegation have called for an immediate end to the administration’s policy. We strongly urge them to personally demand that President Trump reverse his decision to break up families when they meet with him in Duluth tomorrow.”

The Texas AFL-CIO has created an action page to contact your members of Congress to tell them to keep families together. Take action now.