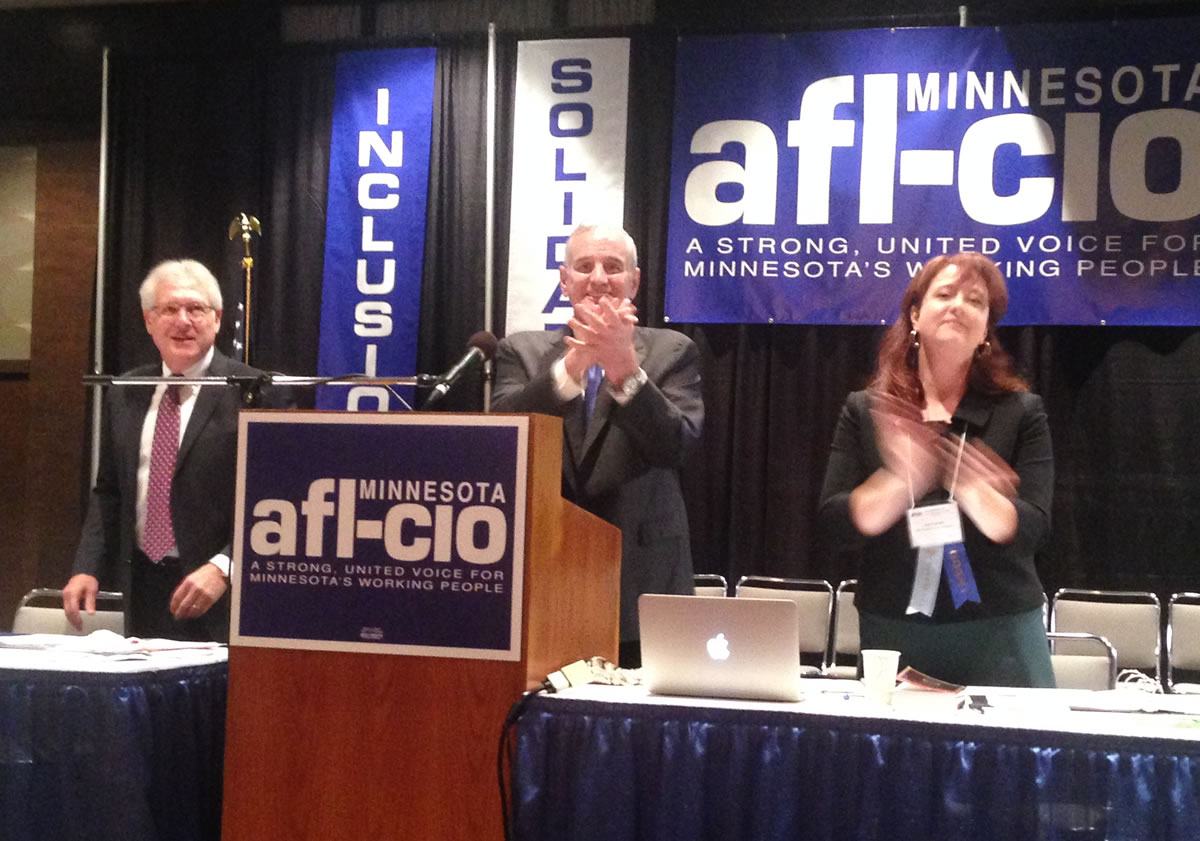 Governor Mark Dayton recounted his record in office to the Minnesota AFL-CIO convention Tuesday – and urged union members to turn out to vote Nov. 8.

The importance of the November elections was a recurring theme at the labor federation’s biennial gathering, which ran from Sunday through Tuesday at the Duluth Entertainment & Convention Center.

Dayton described his accomplishments during six years in office, including economic growth and progress on fair taxes and early childhood education.

“I am most proud of what my administration has done to bring jobs to people,” the governor told the AFL-CIO delegates.

He bemoaned the gridlock in the Republican-controlled Minnesota House that prevented action on tax, transportation and bonding bills.

“One of the reasons the transportation and bonding bills are so important is that they create jobs,” Dayton said. “DFLers understand the important of jobs … and the benefits those [bonding] projects bring to people.”

In addition to supporting the election of Democrat Hillary Clinton as president, the AFL-CIO and its affiliates have made it a top priority to elect DFL majorities in both houses of the Minnesota Legislature. The unions have organized Labor 2016 “Days of Action” around the state, with two more scheduled Oct. 1 and 15.

Dayton thanked the federation and its affiliates for their efforts to work with him and advance an agenda for the common good.

“I am deeply grateful to you for your strong, progressive and constructive leadership,” he said.